Our representative will be waiting for you at JKIA arrival hall. You will be transferred to the hotel in Nairobi for rest. In the afternoon, there will be a briefing conducted by main guide of our expedition.

We will be leaving Nairobi in 4-wheel drive cars in the early morning hours. Around noon, we will be arriving at Lake Naivasha, which local and unmodified name sounds “E-na-iposha”, meaning Waving Waters. The terrain around this marvellous, papyrus- and jacinth-covered lake, was owned for centuries by Maasai who feed their cattle here. Not long ago after discovering this area by Joseph Thomson, Brits literally made Maasai to cede the law of feeding their cattle around the lake, which gave a birth to European architecture, and ranches.
After arrival and resting, there will be rafting on the lake and a short expedition to Crescent Island wildlife reserve, moulded on Half-moon Island of 2 km2 on which we will see hippos, giraffes, gazelles, and astonishingly big, but not dangerous pythons.
We will stay in the hotel for the night, were we will be greeted with dinner, and probably some wildlife experience during the night! 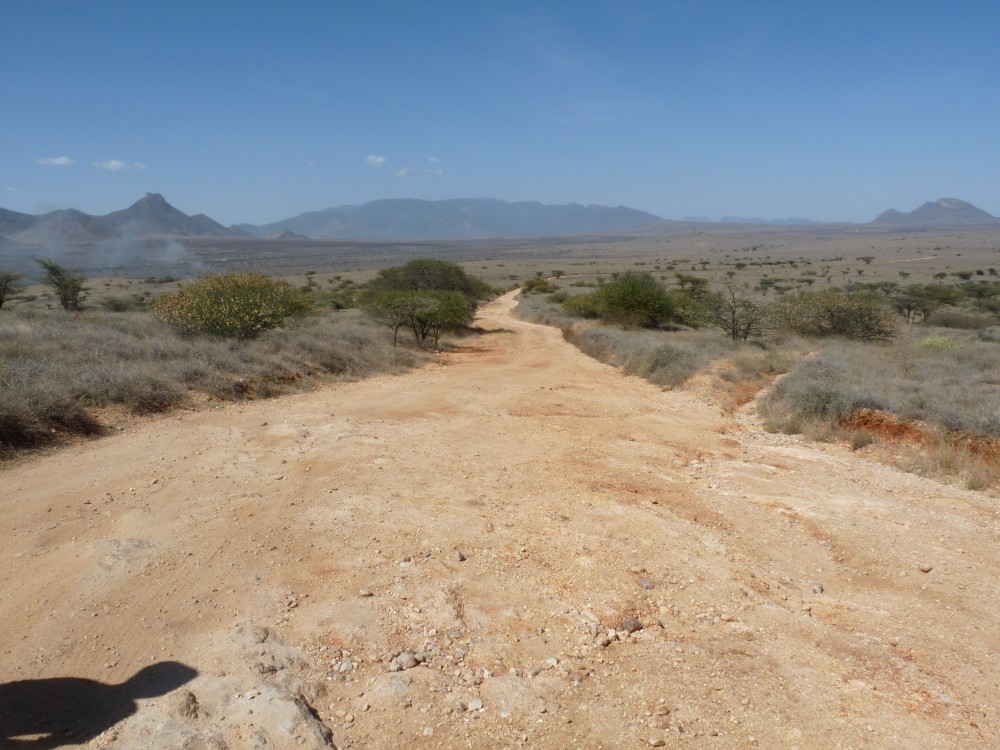 On the third day, we will leave Great Rift Valley, and through Central Highlands covered by woods and moors, we will be heading north. On our way, we will be crossing equator (short stop to take pictures), however the next attraction is gorgeous. A 75 meter waterfall Thomson’s Falls. Waterfall is also called Nyahururu, and is perceived as the most beautiful in Kenya. It is a place not only visited by tourists, but also a venue of weekend picnics for locals. We will take a walk down the waterfall, and admiring flora and fauna.
Early afternoon, we will travel to Maralal city, laying in the valley, between Samburu and Karisia mountains. About 50 km before our destination, in Rumuruti (which stands for mosquito in Maasai language) city, the asphalt ends, and an off-road begins. Maralal – dusty and sleepy, reminding American frontier, city – is an unofficial capital of Samburu community, whose members wear traditional red clothes, colourful necklaces and copper bracelets. Annually in the second half of August, it is here where International Camel Race is held, in which everyone is allowed to participate! For dinner and night, we will stay in one of the city’s hotels.

An exceptional day ahead, because after driving 170 km north to Maralal, we will stay at incredibly beautiful place – South Horr, which is a breath taking oasis, surrounded by Nyiru Mountains. We spend night in a camp.

This day and the following day, are actually the quintessence of excursion to Kenya, because, after a very long way, we are finally arriving at Turkana Lake – the biggest desert lake in the world, stretching for over 288 km – which like an enormous emerald shines in the volcano environment. Turkana is also called Jade and Nephrite Sea, because of the deep dark blue, green colour of the water, or “birthplace of humanity”, because in this region, the biggest discoveries of human evolution have been made.

Everyone who visits Turkana form the east side, should see biggest island laying on the south side of the lake (so called Southern Island). South Island is of volcanic origin and spreads across 39km2. There is 15 km of water between mainland and the island. With a little bit of luck, after arriving at the island, we will go sightseeing those terrains, which are a mating venue of crocodiles and hippos. Because the weather conditions on South Island can be really harsh, and an access to the coast very hard, there are no permanent inhabitants on the park’s territory. It is said that, the South Island is the most unfriendly place in the entire Kenya!
Excursion to the island will take almost a whole day, however after comeback, we will still have some time to relax, walk, or swim in the lake. You can also take part in informally organized dances for youth in the near village. We will spend a night in the exact same camp, as the day before.

In the early morning hours we will head out further, admiring changing environment. Colours vary from the black, along the volcanic mountains, at the footsteps of Mount Kulal, through gold, sandy terrains of Chalbi desert, to blindingly white salt holes, among the quicksand, by the road from North Horr to Kalacha.
From Loiyangalani we arrive at small, friendly village – North Horr – being a home to Gabbra people, who under a pressure of Somalian muslims from east, changed their clothing, language and culture. We will rest at North Horr, get a look at Gabbra people, visit a mosque and head out on our further way. The route is rather short, but because of stones, ruts and bumps, no matter of the car’s speed, the journey is rather unpleasant and tiring. We will arrive in the early afternoon at Kalacha village. Curbs of the streets are made out of stones laid in line and the rubbish is blown away by the strong hot wind. Kalacha is mainly a great support for nomads living on the deserts with camels. Upon arrival, there will be a dinner waiting for us, prepared by local family. We will spend night on camp. 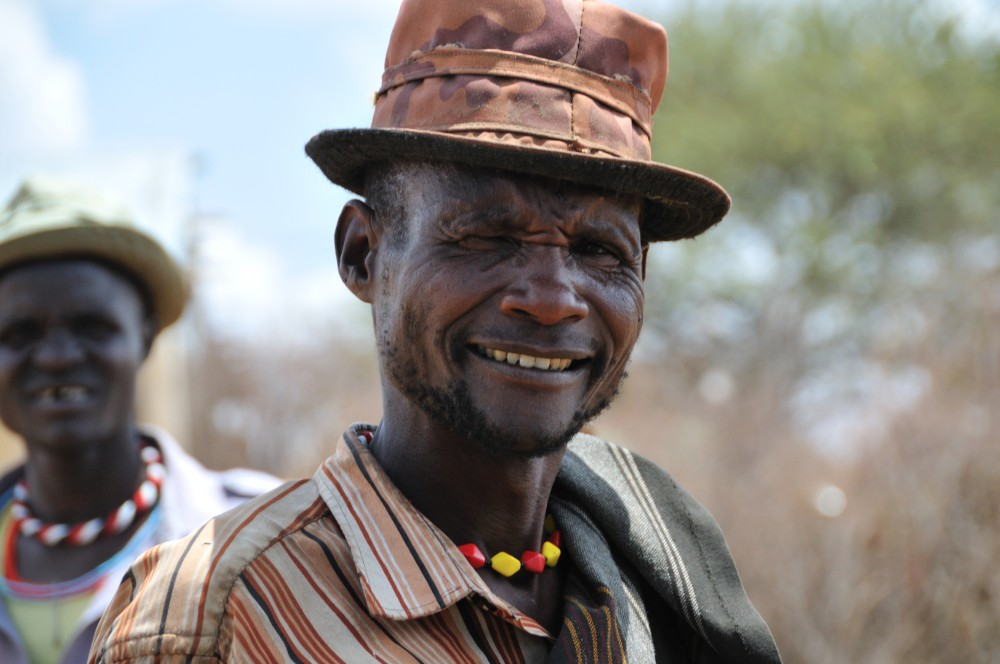 From Kalacha village we head south to the capital of one of the biggest administrative zone of Kenya, and the hub of meat and cattle trade – Marsabit city. The name of this incredible oasis in the middle of the desert is translated to ‘cold place’, which starts to make sense for tourists in the night, when a temperature drops to 10 degrees, reminding the fall weather. Prior to entering the city, we stop at the Marsabit National Park for a one-day excursion. Marsabit National Park is one of the most beautiful parks in Kenya, however not so often visited. In our opinion the complex of enormous, inactive, tropic-jungle-covered volcanos should be visited by every tourist, because those wild, evergreen areas are inhabited by many rarely met species, such as elephants with tusks, kudu antelopes, apes, birds and snakes. Apart from safari, we also plan to see an exceptional, dark cratered Paradise Lake, on which coast we will stay for a night in a camp. This experience will definitely be remembered, because our camp will most likely be visited by hyenas. Among the mysterious sounds of jungle, we will hear or maybe even see lions and leopards, who lead their nightlife. 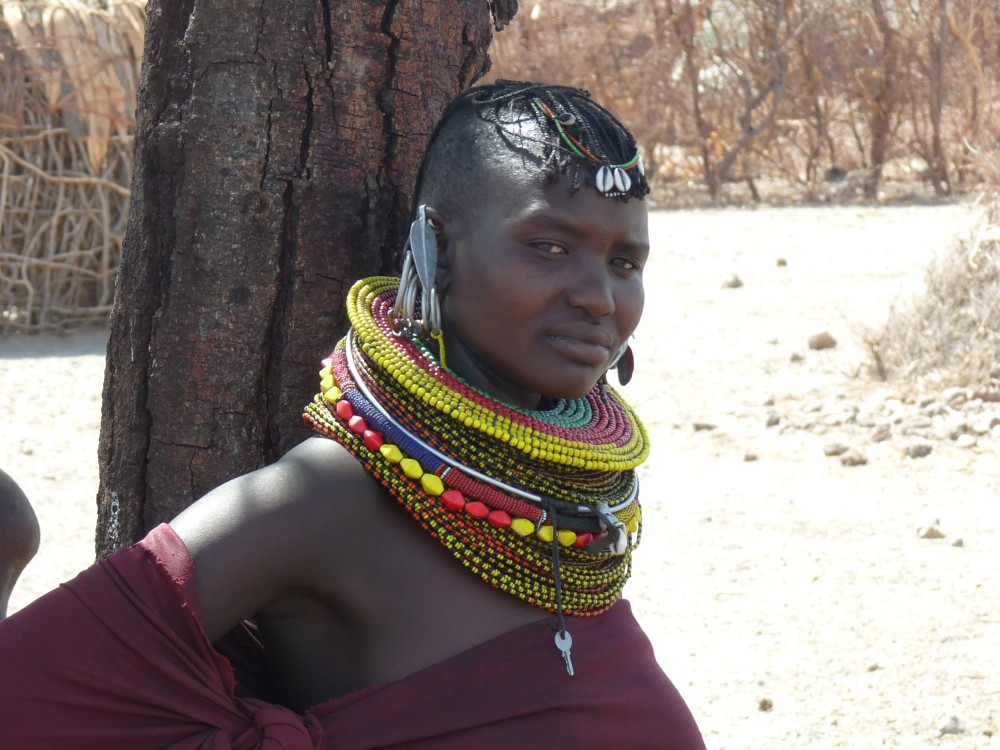 We leave Marsabit National Park in the morning and ride to the Marsabit city. On reception, we will be greeted by 1000m mountain Saku, which is always covered and surrounded by clouds and rain. In Marsabit on countless amount of markets we observe diversities of people. Shepherds of Gabbra and Boran sell their short-horned exquisite cattle and the women from Rendille tribe, clothed in Somalian scarfs and chiffon robes, trade with their goods. You can meet also meet clerks from different parts of the country, tons of immigrants from Ethiopia (mainly from Burji), and refugees. Apart from looking at the locals, and visiting market, we will hike up a mountain to get a panorama view of the city. The hike is easy.
After staying at Marsabit, we head out south to reach dry and hot lowlands at the foot of Kenya massif. We will visit Samburu National Reserve established in 60s, being densely covered by flora area around Ewaso Ngiro River, which shaded coastline attracts various species. Our excursion consists of 2-hour land-cruiser trip, during which we will be able to admire crocodiles swimming in the river, leopards catching baits, and well-known thieves baboons (watch out for expensive belongings!), rarely met giraffes, zebras, ostriches, and much more animals. Unfortunately poaching is still popular in this area, so population of many species has been decimated, and because of that it is so hard to come across rhinos. We will also take a bath in incredibly warm, natural springs, located in Buffalo Springs reserve in the vicinity of Samburu.
In the late hours, we leave reserve and ride to Isiolo city. It will not take long, because half of the route is covered in asphalt. We will spend night in one of the hotels.

Isiolo is the biggest city in the northern part of Kenya, and that is why we will stay here a little bit longer. The city is located on the border of fertile highlands of central Kenya and a desert. You can clearly see the Somalian influence, because it was there where the Somalian veterans moved after World War I. You can say that Isiolo is the most important city in Kenya for Somalia, to which they abandoned their nomad life and specialized in trade. The city is a real piece of culture, also home for other tribes, such as Boran, Meru, Samburu and Turkana. The residents are kind towards the tourists, who can feel safe in Isiolo. During our stay in this city, we will visit cattle market, grocery market, mosque and catholic church, and observe the locals – women on the market, camel vendors, local shop-keepers and small children hastening goats.
After the morning sightseeing, we head out to Nairobi. On the way we have an unforgettable sight on Mount Kenya (5199m above the sea line; second highest mountain in Africa!), towering above moors, highland forests and Central Highland. Currently the majority of lands that we pass through, is in African hands, however as the most fertile lands they used to be owned by white people, because it was the European nation that ruled on this land.
Night in one of the Nairobi Hotels. 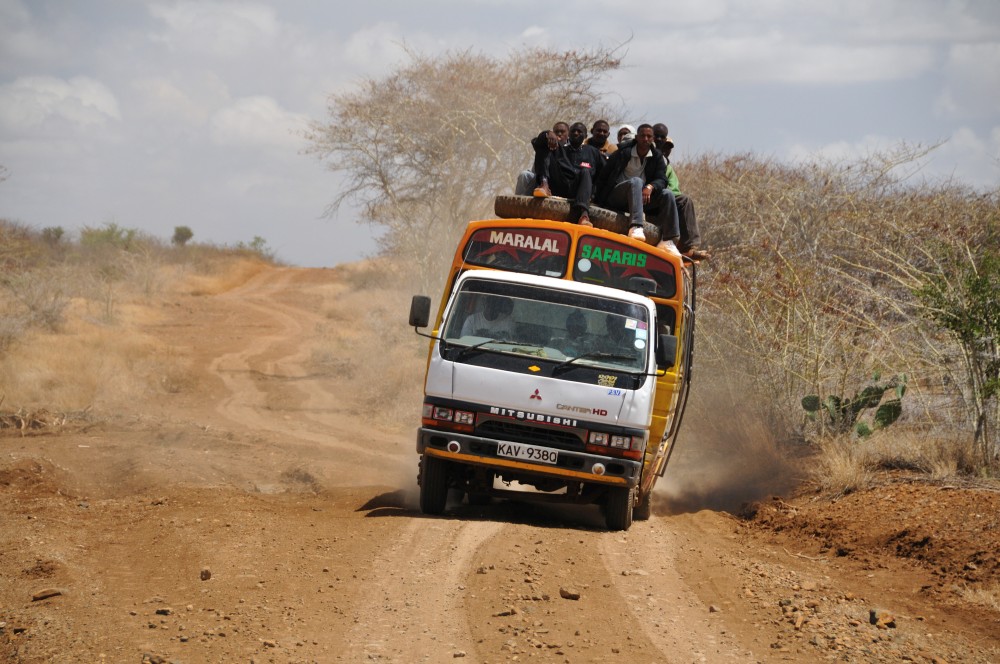 It is last day in Africa. We will spend it on visiting the most interesting museum in the capital the National Museum, in which you can find an exquisite prehistoric division with ancient troves from Kenya and Tanzania. Moreover we go to Karen Blixen manor, author of “Out of Africa”. We take a tour of the interior with original furniture and clothing that was used during the production of the movie. We watch park with old plants, such as cactus and devices designed for a better coffee production on coffee plantations established by Karen Blixen
In the midnight – transfer to the airport.